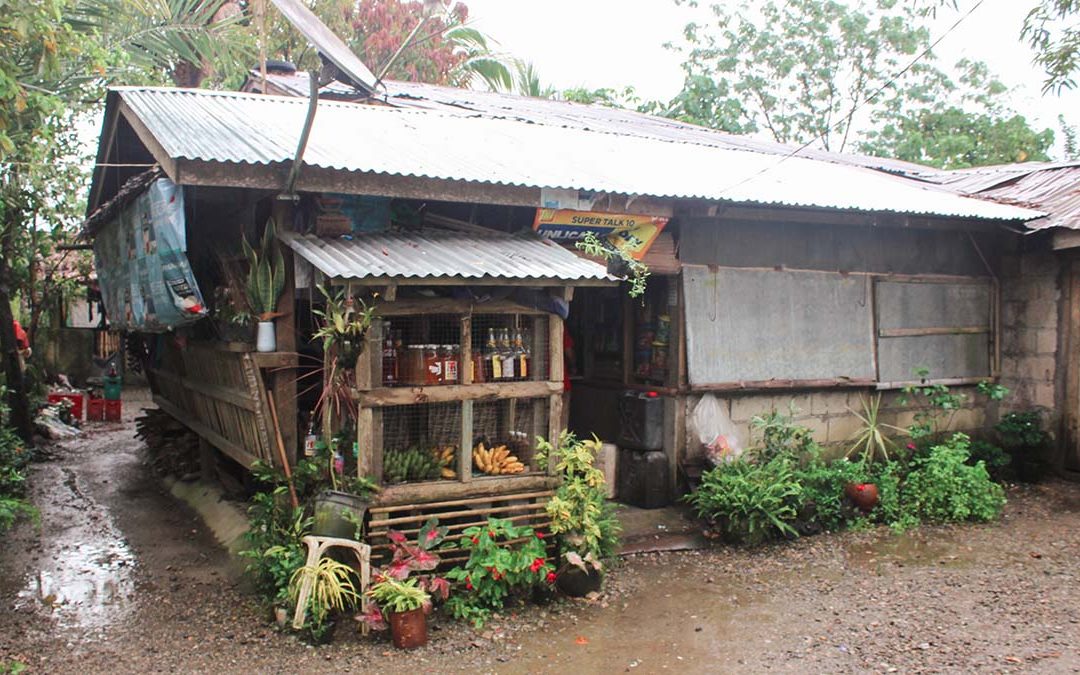 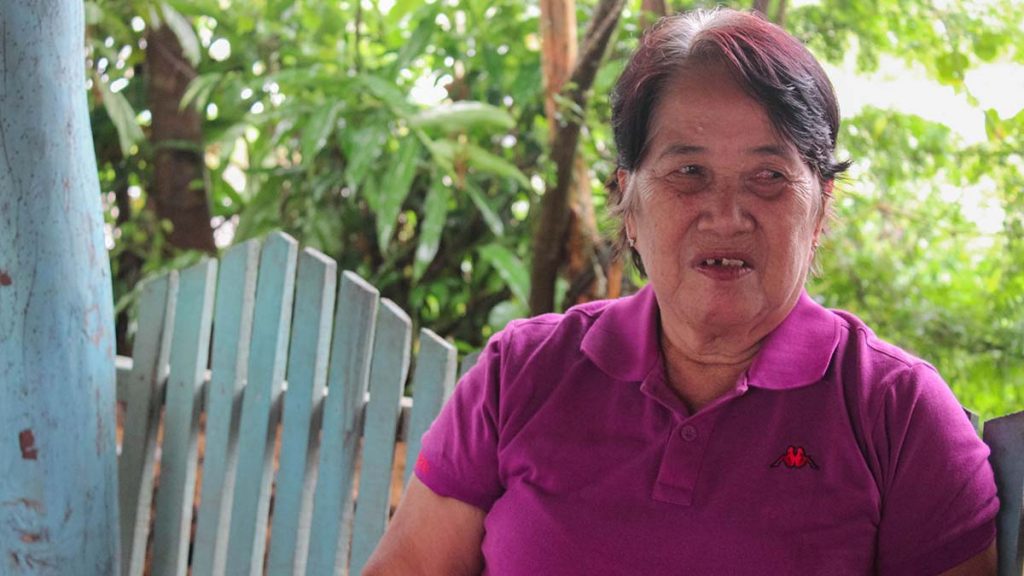 It was nine in the morning and we were met by a cheerful yet nervous-looking Socorro, mother of five, one of the 16,000 farmers in the small town of Mahayag in Zamboanga del Sur.

She woke up extra early for the interview. The 77-year old agrarian reform beneficiary (ARB) was a bit shy, but she smiled toothily all the way. She was nervous about being interviewed. But most importantly, she had a laundry list of tasks to keep up with her hectare of rice farm.

“We’ve been planting rice ever since I can remember. But now, we’re too old for some of the work,” Socorro says.

When she was at her prime, both the laborious and the managerial level of work was on her and her husband’s hands. But now, two of her kids, Genaro and Maristel, are doing the physical work with the help of other villagers.

She is currently handling most of the financial aspect of their only source of income. While only a high school graduate, she learned the ins and outs of the industry through time. “It has helped us send all our kids to school, with two of them finishing a degree in agriculture.”

But despite, there are certain challenges that she and her farming community is facing. For one, she had only been with the cooperative for only five years. Prior to that, she has been borrowing money from the traders who she says are the controllers of the industry. Others in Salug Valley aren’t as lucky, as some may still be operating individually, and thus borrowing solely from the traders. They are called the smallholders.

Second, they have very limited pre- and post-harvest facilities in the town. Often, farmers race their way to be able to use these. Other days, they run to neighboring areas to process their rice, albeit for a higher price.

Third, there’s been an apparent lack of roads. “We carry the inputs literally on our shoulders,” Socorro said.

And lastly, they mostly have no market to tap besides the traders they have known for the longest of time. No partnerships, even. Hence, the monopoly of the price.

In her town, Socorro’s challenges are the challenges of their entire agrarian reform cluster (ARC). With their current equipment and connections, the farmers are doing okay. But just about that, nothing more.

Zooming that out in the current reality of farmers in the Philippines, according to the data gathered by the International Fund for Agricultural Development (IFAD), farmers in Regions 9, 10 and 11 are earning Php17,582 annually. This is barely enough to fill stomachs, more so to propel a family or a community to a developed state.

The three regions were identified as the poorest in the country despite their potential. Because of this, a brainchild was born.

“When DAR designed Project ConVERGE, what it had at its core was a complete intervention for the farmers – one that allows their lives to be uplifted by making sure that crops are improved from its current state of quality and quantity of production,” National Project Director Faisar Mambuay said.

By design, Project ConVERGE (Convergence on Value Chain Enhancement for Rural Growth and Empowerment) is created to address the needs of the select beneficiaries in the provinces of the covered areas so as to develop the selected crop of each and increase income of the farmers.

It follows a scheme called Value Chain Analysis and Planning. The Value Chain approach does two things: studying an area and its crop to identify their problems and gaps, and second, implementing a system to answer their needs based on the prior.

“The Value Chain approach allows us to take an overall look at an enterprise program for the farmers so that we are able to address interrelated activities on logistics, operations, services, even down to marketing. By maximizing the value of each, we optimize the farmers’ crops as a whole,” Mambuay explained.

Socorro nodded recalling about her hopes since Project ConVERGE covered her village in Zamboanga del Sur. With the intervention, the Salug Valley ARC Cluster is set to receive additional processing services, including a combined harvester and a milling facility. Better farm seedlings and inputs will also be provided, consequently producing a higher quality of rice.

Same is true for other target provinces in CARAGA, Central Mindanao and the rest of the Zamboanga Peninsula. The enterprise programs target to benefit ARBs and non-ARBs through the provision of farm inputs and equipment, such as high-grade seedlings and new processing facilities, and infrastructure, like roads, bridges, and irrigation systems.

But the assistance does not stop there 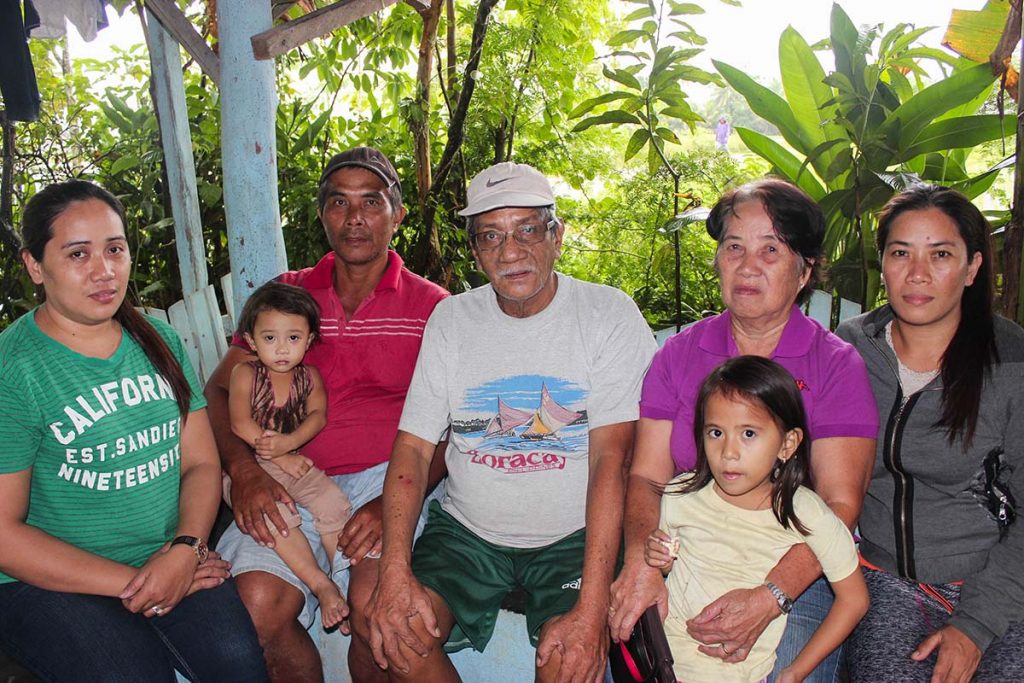 The project intends to fully close the gap by providing partnerships with public and private sectors alike.

Meanwhile, the Department of Public Works and Highways (DPWH) and the National Irrigation Administration (NIA) are assisting the rural infrastructure subprojects for all eleven ARC Clusters.

The National Commission on Indigenous Peoples (NCIP) also backs the development of activities sensitive to the members of IP Communities.

The convergence of the above-mentioned agencies is the main strategy of IFAD and DAR. By tapping these government arms, the project has a well-rounded operation so that farmers are supported in all fronts.

Moreover, the 300,500 farmer beneficiaries targeted to benefit from the effort may expect diversification of sources of income through development of alternative livelihood/agri-enterprise activities in partnership with the private sector. This includes a wider network for their market as certain studies have already factored in the forging of collaborations with national and international companies.

When she recalled about ConVERGE, Socorro couldn’t help but feel happy and a bit scared.

(There is a lot more work to do. But I am happy that there are aids like these. Hopefully, farmer’s lives will be improved.)

The timeline of implementation is at six years, with this year being the time for the feasibility studies to be finalized and put into action. A lot of trainings has been undertaken to prepare the various farmers cooperatives and the smallholders for the new processes and equipment. With technology must be knowhow, they say.

The designs for the rural infrastructures have already been finalized and by next year, these will be rolled out one by one. Marketing contracts will be firmed up by the second half of the implementation to allow more time for the beneficiaries to improve their production.

It is still a long road, a bumpy one at that. But Socorro and the other farmers in Mahayag are well aware of this.

But what they also know is that in this journey, the farmers will not be on their own – there’s the project staff, the partner agencies, the private sector, and most importantly, their entire cluster meeting together to improve their crops – and thereby their lives too.

All factors in – the convergence style, as always. 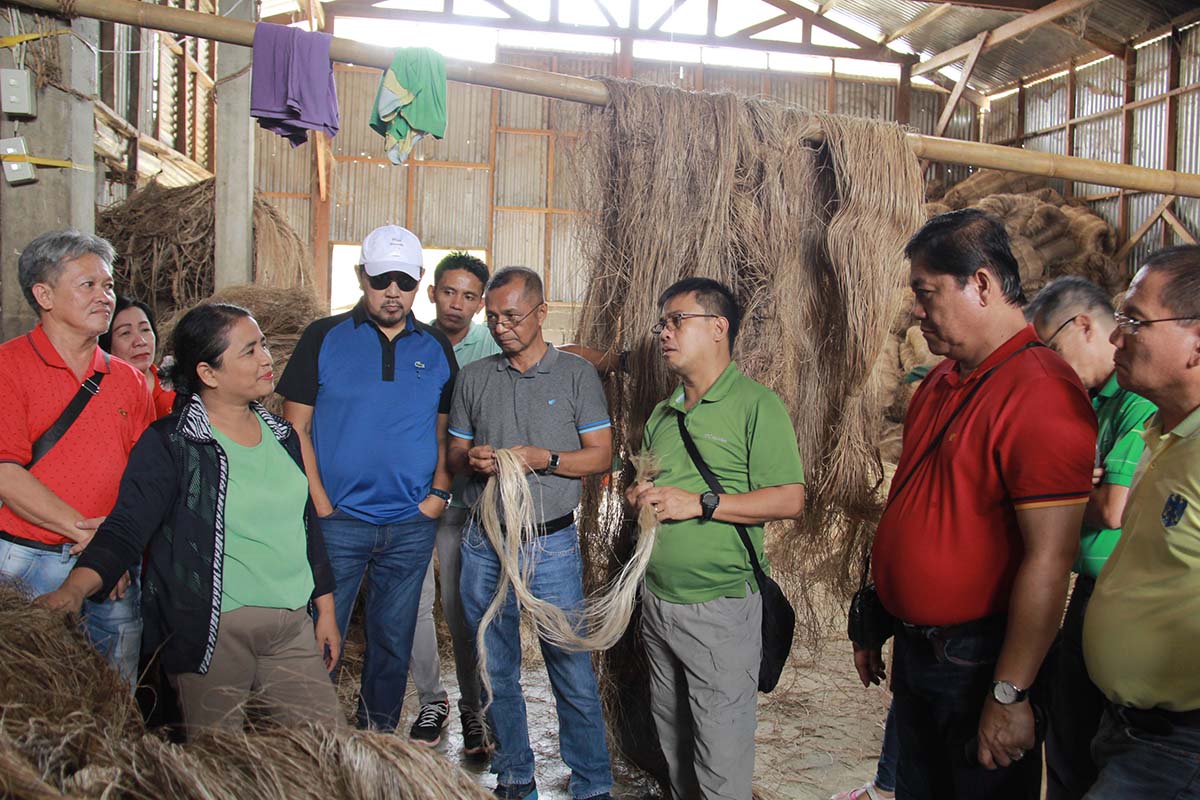 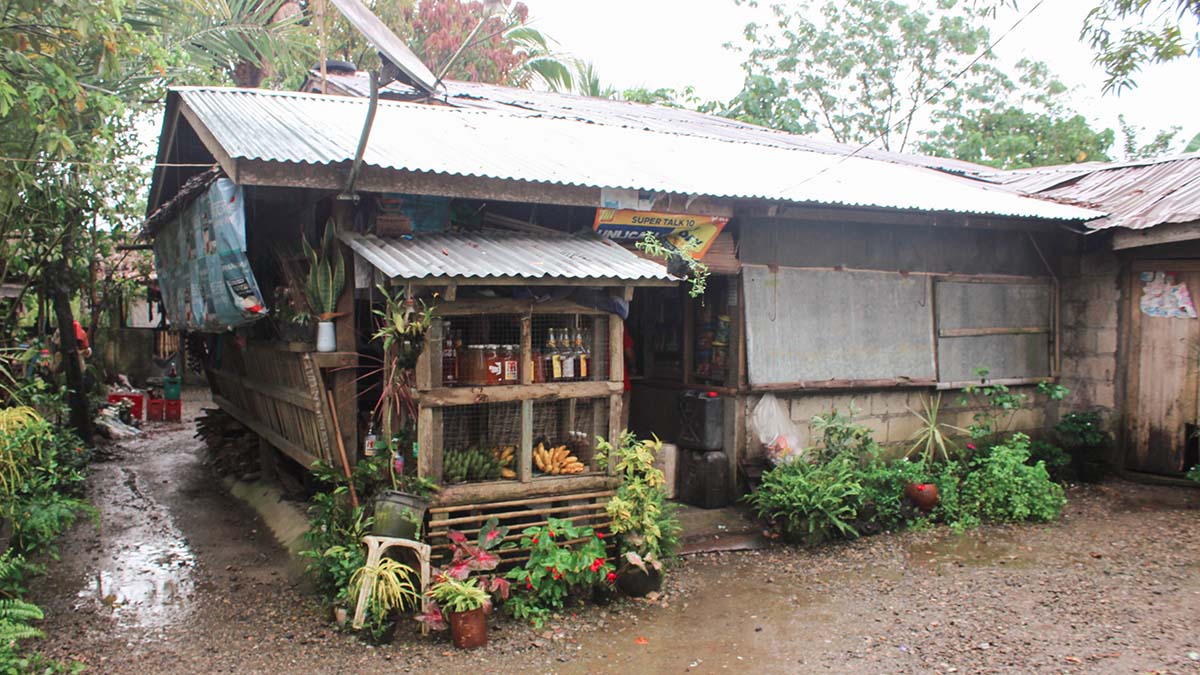 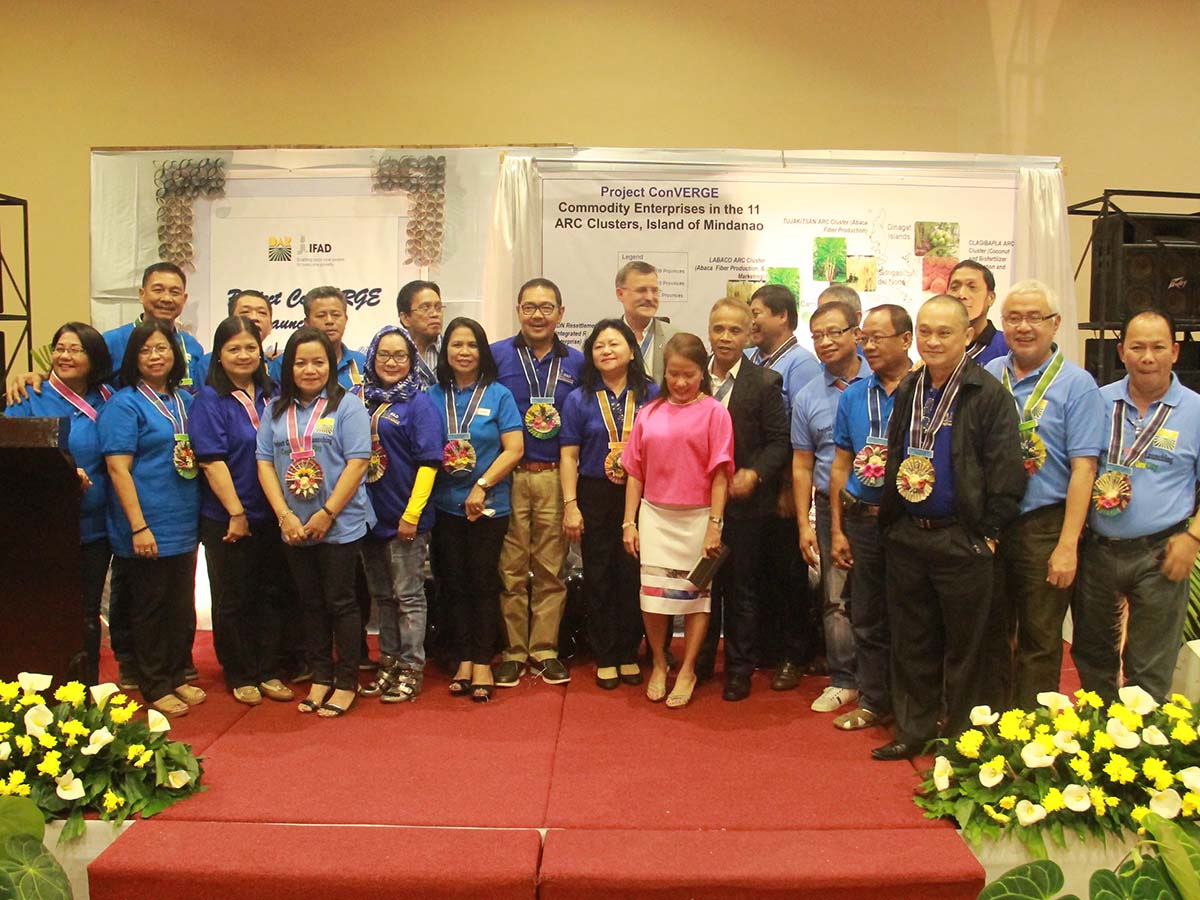